We are a team of network and information technology experts who focus on small business' IT needs. Windward Networks has served the Boulder, CO area for over 16 years. We service a wide variety of industries including: architectural, real estate and law firms, medical offices, promotional supply and entrepreneurs.

Windward Networks specializes in the maintenance, implementation, upgrade and conversion of small business networks. Our clients typically range in size from 3 - 100 employees located in and around the Boulder, Colorado area.

Utilizing a proprietary software we customize for each of our clients, we are able to monitor each device on your network and solve problems before you notice them. This provides the edge to keep your network running smoothly & problem free.

With over 16 years of proven experience in the Boulder area, let us take care of your IT needs.

Every year, over 27 million types of malware are generated. With our combination of 24/7 monitoring and our network-wide antivirus/anti-malware software, we considerably reduce the possibility of a network breach.

Using proprietary monitoring software and customized network template, we are able to find and fix potential problems on your network before you notice them, saving you time and money.

From a minor inconvenience to crippling entire businesses, viruses and malware cause millions of dollars in damage to businesses every year. Even with a breach in security that compromises your data, our backup protocol will never leave you without your data.

Faster is not always better, but in the case of any network, it is. We take a hands-on approach to a upgrade: from specifying each device to the final installation and examination that the network is running smoothly, you can be sure to be problem-free.

Whether you’re working in your office or on the go, you get a familiar, top-of-the-line set of productivity tools. Office applications let you create, edit, and share. Implemented in most of our clients’ networks, Windward Networks is ready to help you upgrade and increase your company’s productivity.

Serious data loss can happen even with the most effective backups in place. Let us recover your files so you can get back to work.

Windward Networks will customize your network to be fully compliant with PCI and HIPAA regulations in order to protect your clients or patients. We are experts in asset and data protection, specializing in the prevention and management of data breaches.

Worldox is comprehensive, practical, sensible document management for the real world. Worldox brings together everything you need to organize, control, describe, index, and categorize all of your electronic documents and e-mail content.

Hear from Our Clients

“I have been working with Windward Networks for over four years. They are responsive, proactive, and are constantly keeping our best interests in mind. I never have to worry about any of our IT needs with them looking out for us. I would recommend Windward to anyone!”
Jim Dean
Store Manager 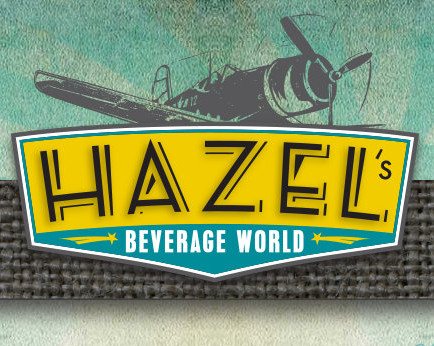 “Omni has been working with Windward for over 15 years. Our experience with them has been superb. They are very professional, get the work done timely and are fun to have around. The guys respond very quickly no matter what time or day and address problems very effectively”.
Candee Minear
Accounts Manager, Omni Promotional

“Our firm has been a client of Windward Networks for over a decade. Kelly and his team are fantastic to work with. They are knowledgeable, reliable and always provide great service. I have extreme confidence in Windward and would recommend them to anyone searching for a consultant who can take care of all of their IT needs”.
Sarah Sand
Office Manager, Packard Dierking

“Windward Networks, Kelly, Collin and Tony, are great to work with. They are always available via email and/or phone, reliable, knowledgeable and friendly, too! If they are not able to be onsite within a short time of a call, they will remote in or talk you through the problem. We have no hesitation in recommending them for IT services”.
Wendy
Office Manager, Mock Property Management

“Windward Networks has provided outstanding service to our company for the last 15 years. As a CPA firm client data security is a top priority so it is imperative that we have an IT group we can depend on. We have complete trust in Windward Networks to keep our network secure and running smoothly. Kelly and his team always respond to our calls promptly and when necessary have been on-site within minutes. I would highly recommend Windward Networks to any business.”
Tyler Thal
Tax Manager, Alan Thal & Company

“Windward saved us! They were willing to jump right in to tackle a network outage and get us back to safety again. They are easy to contact and easy to understand when dealing with network issues.”
Nicole M.
Immigration Attorney 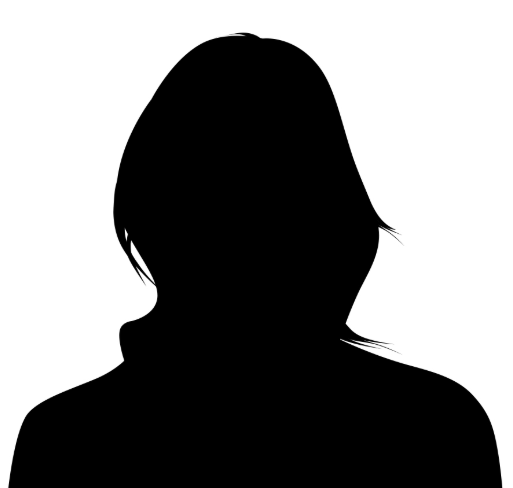 “As the property manager at a multi-family complex, it’s important that we have IT services that are reliable and available. Windward Networks has handled installation and troubleshooting for us, and are always incredibly responsive. I couldn’t be happier with their excellent customer care, assistance, speed, and courteous manner. If you require IT services of any kind, I would highly recommend Windward Networks.”
Ryan Hines
Property Manager 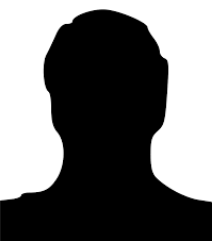 “I’m so thankful we have Windward Networks keeping our network secure. Collin, is truly one of the best techs we’ve ever dealt with. He’s so responsive (no matter when I’ve contacted him), fast and knowledgeable. What a excellent company to work with! Highly recommend!”
Mary Rose D.
Project Analyst 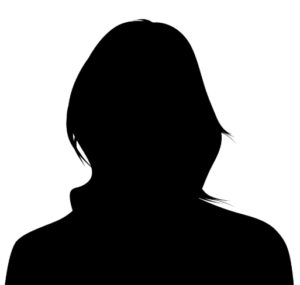 What Tech's talking about 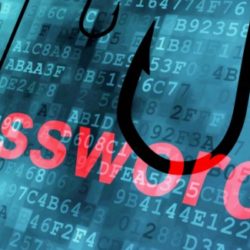 Vade Secure recently reported on the most commonly impersonated brand; it showed that Microsoft has taken the lead for the past five quarters straight; followed by PayPal and Facebook. What you should know:                What is Phishing? Phishing is the act of deceiving or impersonating, intending to falsely acquire sensitive information. Such as login credentials,[…] 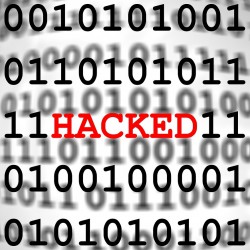 SamSam ransomware making a comeback The Colorado Department of Transportation has shut down over 2,000 computers after systems have been infected with the SamSam ransomware on Wednesday, February 21. The malicious group demanded an undisclosed amount of bitcoin from CDOT to have their files back. The State’s Office of Information Technology, which reached out to[…] 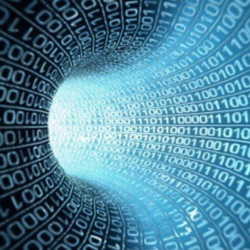 Every year the holidays bring an influx of scams circulating the interwebs. Scammers take advantage of the increased shopping and distraction when things get busy to take your money and personal information. Below are the most common ways your data can be stolen and the precautions you can take to stay safe.  1: Phishing Phishing[…] 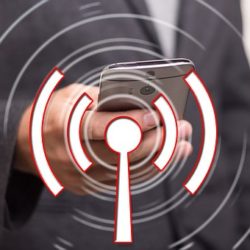 Vulnerability puts nearly all WiFi devices and routers at risk Recently, we learned about KRACK (or Key Reinstallation Attack) – a security flaw in the WPA2 protocol, which could see an adversary break the encryption between a router and a device, allowing them to intercept and interfere with network traffic. KRACK better explained: A hacker[…] 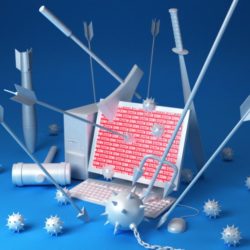 5 Cyber Attacks Everyone Should be Aware of

5 Cyber Attacks Everyone Should be Aware of   Cyber Attacks in the World of Business Most of us are under the assumption that powerful cyber attacks are not a threat. But the truth of the matter is, you are a target—and should be taking serious precautions to counteract these risks. Here are the five[…] 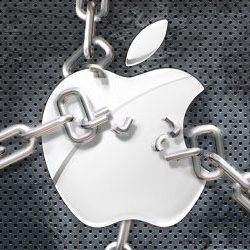 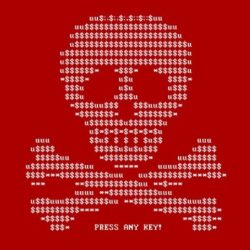 Petya Cyber Attack and The Importance of Firewalls 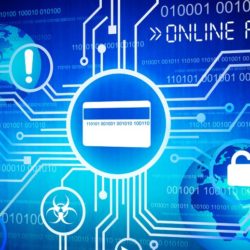 DocuSign Database Breach  Background:  DocuSign recently acknowledged a breach in their systems in which a database containing email addresses was compromised. No personal information was leaked, only the email address on file with DocuSign. What you should know: Computing Services and Systems Development (CSSD) is responding to a new email phishing scam that claims a[…] 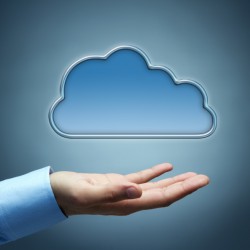 Everyday, it seems like massive data breaches are compromising user data stored in “the cloud”. Windward trusts Office 365 to safely store and backup our clients’ data. Why trust data security with Office 365? Check this video out and see why! 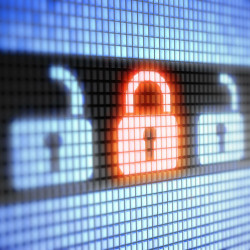 A new ransomware was discovered by @abuse.ch and further analyzed by MalwareHunterTeam called PadCrypt that offers for the first time a live support chat feature and an uninstaller for its victims. CryptoWall was the first ransomware to provide customer support on their payment sites, but PadCrypt’s use of live chat allows victims to interact with malware developers in real time.[…]